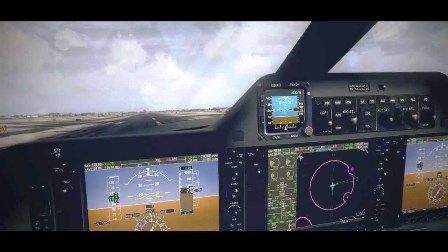 For the busy entrepreneur who is contemplating a move from a piston single, twin or even a turboprop to a single-pilot jet, the challenges of flying the new aircraft are just the beginning when it comes to navigating the jet environment.

Acquisition questions regarding the choice of manufacturer, the type of equipment for the new airplane, regulations aimed specifically at jets and those that operate them, differences with the jet powerplant and operating in RVSM airspace are issues that just barely scratch the surface when it comes time to make this transition. These new challenges for the aspiring jet owner-operator are a good reason they should consider supplemental services offered by Higher Calling Aviation such as Acquisition, Factory Acceptance, Delivery, Type-Rating Preparation and Mentoring offered by a professional pilot.

The purpose of this article is to touch on just some of the issues that face the owner making the transition in order to provide a framework for the aspiring jet operator to consider when he decides to pull the trigger on a jet. While Higher Calling Aviation can assist the new jet owner with tax considerations, acquisition analysis and comparison, this article will focus on a few of the operational issues facing the pilot once the acquisition has taken place. Acceptance and delivery, training options as well as insurance company mandated mentoring requirements.

The transition for most pilots who own and operate their own aircraft normally begins with a light single-engine piston aircraft and then a move to a twin-engine aircraft. Alternatively, many owners are skipping the traditional single-twin transition and going directly to a jet after 300-600 hours in their Cirrus, Cessna 400, Bonanza or TBM.

Most of these operators are in many cases, very successful entrepreneurs or business people who have been flying as a hobby or to assist them in their business or pleasure pursuits. While operating a Cirrus, Bonanza or TBM for business or pleasure is a great way to travel, it is quite a bit different than operating a jet. For this reason, once the new aircraft is purchased, new owners of these aircraft will solicit the services of a professional pilot to assist in the Factory Acceptance and Delivery.

Like any advanced technology, a jet has specific items that need to be tested prior to operational use or acceptance prior to purchase. While a savvy entrepreneur may have negotiated multi-million dollar deals in the pursuit of his business, accepting a new jet is very different pursuit. Using the services of a trusted adviser, in this case an experienced factory acceptance pilot to assist the new owner through the acceptance process will save the new owner time, money and some headaches.

Paint, interior finish, environmental systems and radar are just a few of the items that need a thorough review and if necessary adjustment to ensure the aircraft functionally and cosmetically correct prior to acceptance. While assisting a client during a recent delivery of a Phenom 300, there were minor paint as well as cabin ventilation issues that were uncovered during the acceptance process. The manufacturer was very attentive to the issues and immediately addressed them prior to delivery. A new owner, without the assistance of an experienced acceptance pilot, would likely never know anything was amiss.

The acceptance process should be a celebration for the new owner. It’s a milestone and achievement not only in one’s personal life but also as an aviator. The celebration, if not handled correctly can turn into a laborious, pain-staking event if the proper preparations have not taken place, including having the right assistance during the process. An experienced factory acceptance pilot can assist the new owner with the pre-acceptance squawks that invariably come with both new and used aircraft acceptance.

Before the aircraft is purchased a major decision facing the owner-to-be is where and how to train–in the simulator or in the aircraft? For the low-time pilot seeking his first jet type rating, the answer to the question is often dictated by their insurance carrier. Some carriers will allow some combination of in-aircraft training followed by recurrent training in a simulator. For some carriers, simulator training is the only way. Needless to say, there are choices for the pilot who is not interested or unable to spend two weeks away from home staying in a hotel to obtain his type rating in the simulator.

The simulator is the corporate, one-size fits all “big-box” approach and is widely accepted by insurance carriers as their preferred method of jet type-rating training. The simulators for today’s light jets are outstanding, full-motion masterpieces that are so realistic, the occupant would not know they were in a simulator except for the stairs to get to the “cockpit”. The capability to see any possible malfunction that could occur in the aircraft is a great learning tool. However, even with all the technology of the simulator, there are drawbacks.

Many pilots are not enamored with the big-box approach to training and have opted instead for in-aircraft training. The ability to train at their home airport, in their own aircraft at their own pace with an experienced instructor has many owners seeking out in-aircraft training. Just as in the simulator, there are drawbacks to this method of training as well–the inability to practice all of the known malfunctions (although rarely are all of the malfunctions practiced in the simulator), the cost of fuel in addition to the training expense are a few of the drawbacks. However, for the pilot who likes to train at his own pace with an instructor of his choosing, in-aircraft training is the way to go.

After the training and the FAA examiner presents the new jet pilot with his type-rating, what next? For a pilot with no jet time earning his first type rating in the simulator, the FAA mandates a 25 hour Supervised Operational Experience or (SOE) requirement. According to the FAA, the SOE may be flown with anyone typed in the airplane and they don’t have to be a CFI. Talk to your insurance carrier before you begin SOE to ensure you and they are on the same page.

While your SOE may be the last training requirement to get you officially certified as single-pilot qualified in your jet according to the FAA, your insurance company will have some more to say depending on your experience. As much as 100 hours or more with a CFI typed in your airplane may be required. Due to the variations in experience it is imperative that the new jet pilot get the rundown from their carrier to avoid any surprises.

Do you need help with Jet Aircraft Acquisition Planning for Acceptance and Delivery??

Higher Calling Aviation can assist you with all of the facets of the jet acquisition.

Dave began his flying career at 16 and earned his Private Pilot’s license shortly after his 17th birthday. He graduated with Honors from Florida Institute of Technology with a B.S. in Air Commerce Flight Technology and later completed his Masters Degree in Aeronautical Science from Embry Riddle University. After graduation he joined the Air Force through Officers Training School and later completed pilot training at Reese AFB, TX. He was selected to the fly the F-16 at Torrejon Air Base, Spain with the 614 Tactical Fighter Squadron “Lucky Devils”. Dave served 23 years in the active Air Force and Air Force Reserve retiring as a Lt Colonel. His assignments included operational F-16 units in Europe and the United States as well as an assignment as a T-37 Instructor Pilot at Columbus AFB, MS where he served as the Assistant Chief of the 14 Flying Training Wing’s Standardization and Evaluation Division. He commanded the 39th Flying Training Squadron, Moody AFB, GA, the Air Force Reserve’s first associate Joint Primary Aircraft Training System unit employing both the T-6 and the AT-38 jet trainer as well as a tour flying the lead solo #5 F-16 aircraft with the Air Force Demonstration Squadron “Thunderbirds” where he flew over 150 air shows in all 50 states as well as in Europe and South America before millions of spectators including the President of the United States, Secretary of State and numerous heads of state. His awards and achievements include the Distinguished Flying Cross, Meritorious Service Medal and Air Medal with Oak Leaf Cluster and Top Graduate of his Pilot Instructor Training class. Additionally, he was the awarded the Air Force “Pilot of Distinction Award” for his recovery of an F-16 during an air show after a catastrophic afterburner explosion. He is an ATP rated pilot as well as a CFII/MEI. He has over 5,000 hours of flight time and over 1,200 hours instructing in jets, with type ratings in the Embraer Phenom 100 and 300 as well as the Citation Mustang (CE-510S). Please feel free to contact Dave at 904-631-0153, or via email dave@highercallingaviation.com